‘By the Way’ Gallery – by Mrs Phyl McDowall 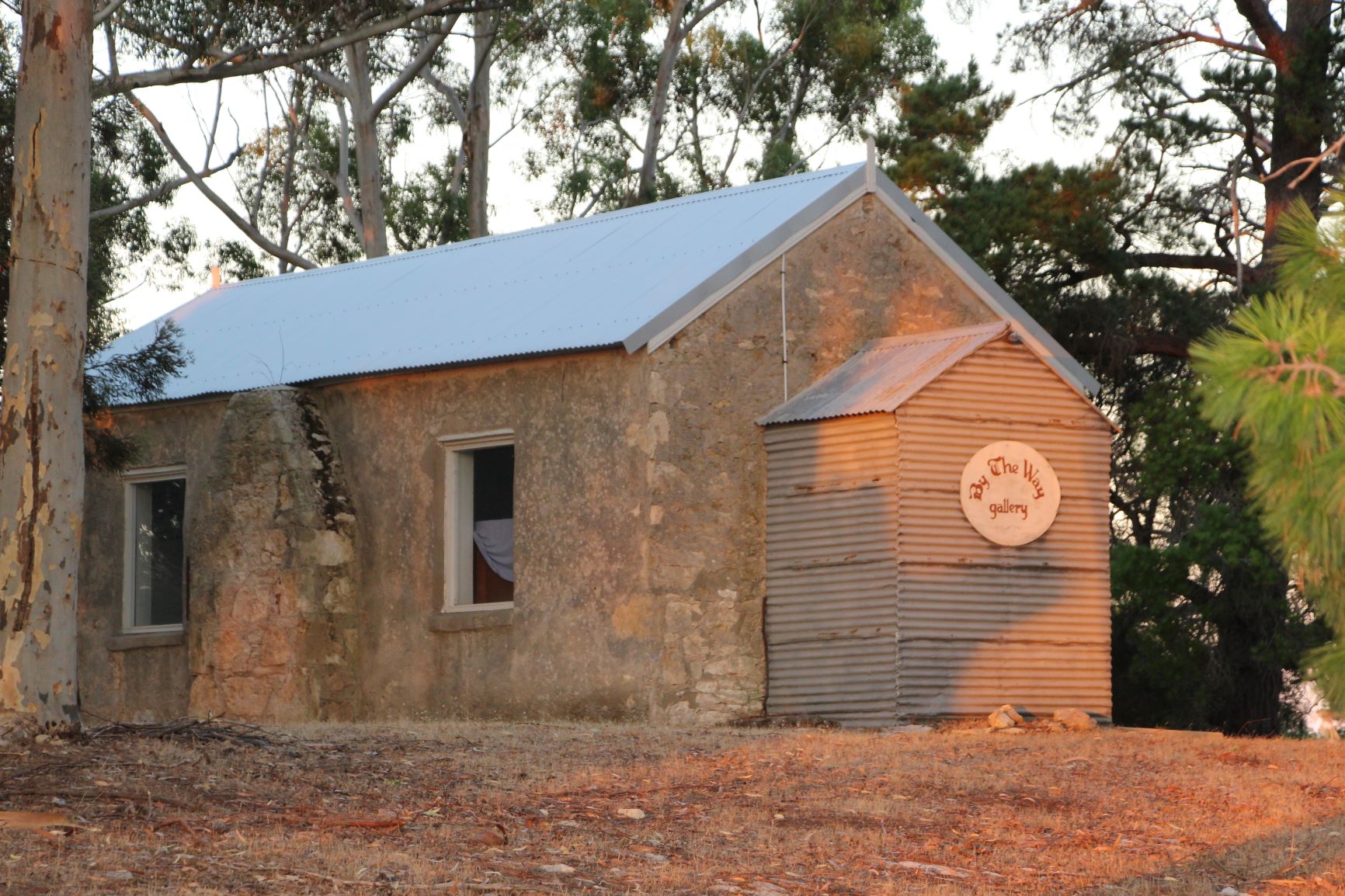 Mrs Phyllis McDowall talks about her involvement with the Red Cross when they managed the ‘By the Way’ gallery in the old Avenue school.  You can read more about the Avenue school and church in chapter 5 of ‘Life on the Range’.

By the Way Gallery

In the mid-1950s when the building used for the Avenue church and school closed its doors, this was the beginning of the school bus runs for children living in the country well away from the Lucindale school and township. Teachers drove the buses and boarded at the end of each bus run. These were happy days as our homes became part of the wider community and teachers became part of our families.

At this time, Red Cross had an enthusiastic membership. It was decided to rent the old school building and open the ‘By the Way’ gallery. Mrs Shirley Barnett was a well-known artist, Mrs Joan Hamp had training as an interior decorator and Mrs Judith Mugford a librarian. It was not difficult to compile a roster each weekend to open the new gallery.

Local people were asked to supply goods for sale, with Red Cross adding a small percentage as a fundraiser. Two or three times we held a special event, ‘Back to Avenue’ etc – these were enjoyed by all present and those returning.

Lucindale Red Cross was able to send $1,000 each year to head quarters from money raised at the Avenue gallery.

The building was bought by Miss Sally Williams, daughter of long-time residents Rosemary and Jabe Williams and granddaughter of Mrs Mary Smith, of the one original settlers.