Avenue lights up for the festive season 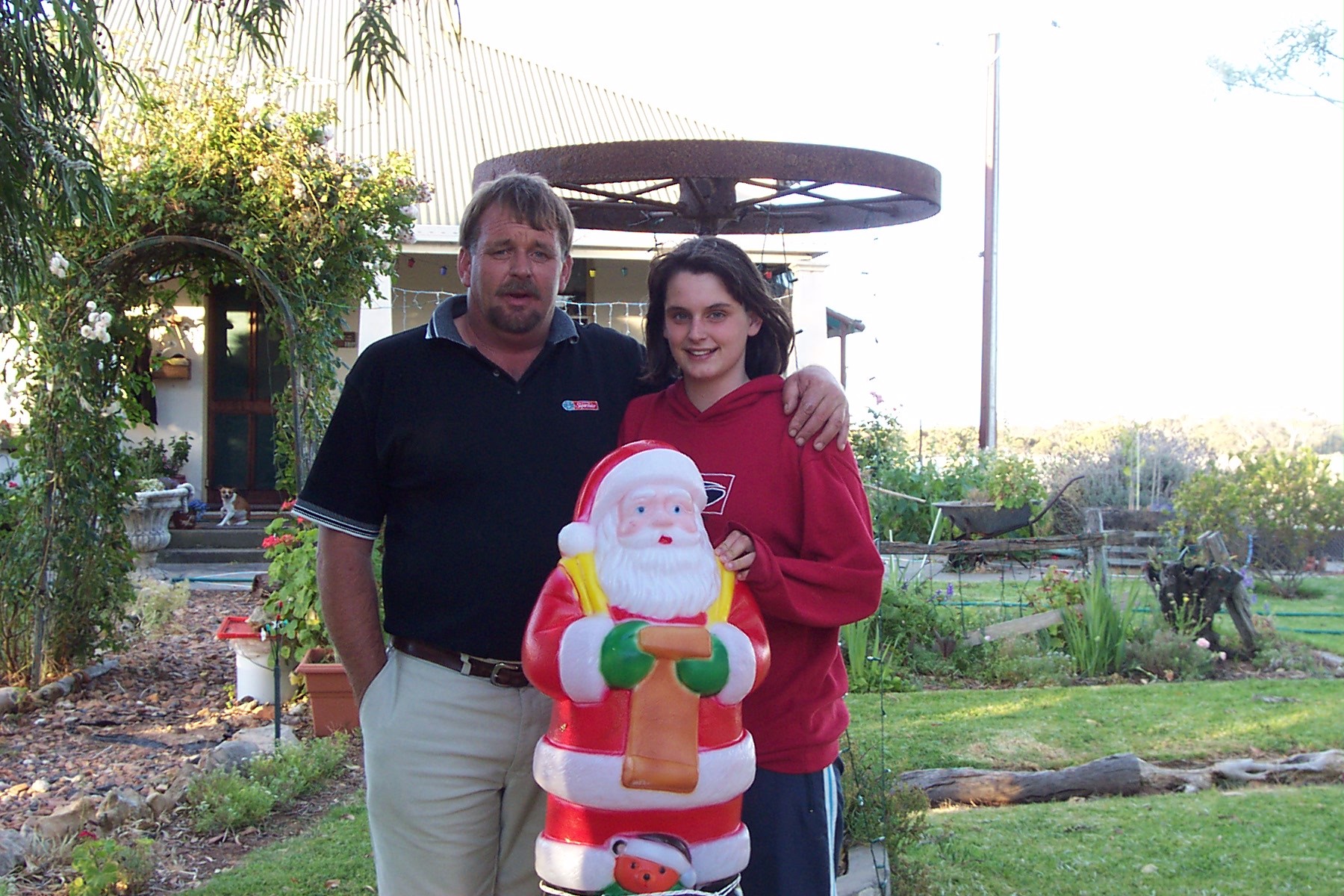 Avenue lights up for the festive season

In what international critics are claiming to be the best thing since the Lobethal Light Spectacular, Avenue Range is drawing crowds of up to 20–30 cars each night, thanks to the Christmas light display orchestrated by the Pomery family.

Trevor, Meredith, Melissa and Megan Pomery moved to ‘Aunt Hilda’s Cottage’ at Avenue Range in 1995. As locals have watched the family transform the existing garden into an offroad oasis, they have also witnessed the annual Christmas light display grow into a public spectacle over the last four years.

“It started as a game with a mate from Bordertown. Two grown men trying to out-do each other at Christmas time”, says Trevor.

The Pomery’s Christmas light display had meagre beginnings, with a total of 10 light sets. This has now expanded to the current 37–40 sets in use.

As the Christmas season starts to emerge, Trevor prepares to erect the mammoth light display, which usually takes him between 10–12 hours.

This involves the continual maintenance of approximately 3,500 individual light globes, which is proving to be a very rewarding challenge for Trevor.

“I spit the dummy and chuck ’em in the bin if they give me too much trouble”, says Trevor.

The cost for electricity is marginally increased by $40–50 for the month, but it does cause a few inconveniences for the rest of the Pomery family.

“I can’t use my microwave while the lights are going, or else it throws the switch”, confirmed Meredith. They also experience lawn mowing difficulties and a number of sleep disturbances.

The Pomery’s lights have consistently drawn crowds from the surrounding district, and the S.A. government has even received several reported sightings from NASA satellites.

Unfortunately though, the Pomery’s are still not eligible for the Lucindale Christmas Light Competition, due to current boundary jurisdictions.