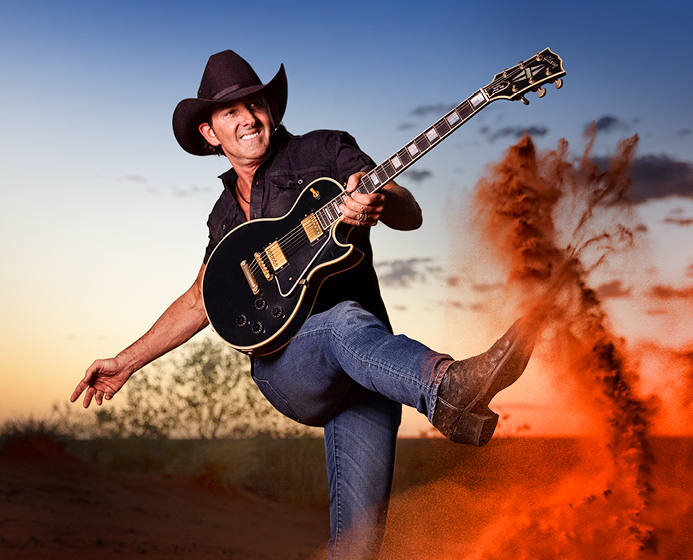 While Lucindale is riding high on accolades for the success of the Great Southern Muster, from the likes of Lee Kernaghan, Channel Nine’s Scott McBain, and Lucindale/Naracoorte Mayor Richard Bourne, a group of quiet achievers sit back in the shadows of praise, right here at Avenue Range.

These people made a huge contribution behind the scenes of the Great Southern Muster, which has gone unnoticed by most.

Following the mass departure of 6,500 people after the concert, and once most local volunteers had packed up their working boots and wearily made their way home to bed, a small group of men remained, working until the early hours of Sunday morning.

Recruited on the night as part of Lee Kernaghan’s Road-Crew, these men stayed on-site for hours packing-up the enormous mobile stage. The contribution of their voluntary labour significantly reduced production costs associated with the concert.

What had earlier been the launching pad for six hours of great Country music performed by Lee Kernaghan, Tania Kernaghan, James Blundell and Steve Forde, amazingly managed to fit neatly back into two semi trailers destined for Broken Hill.

“After organising a baby-sitter, I headed back into Lucindale at about midnight, thinking I was in for a drink or two. But unbeknown to me, I’d been recruited to pack-up the stage,” said Jon Sherwin.

Surrounded by familiar faces, Jon said that he wasn’t surprised when he discovered that half of the Avenue Range CFS crew were there with him.

“The Avenue crew always puts in—it’s nothing new for us to be left with the mop-up,” said Jon.

Avenue Range—Jenke, Greg Ingham, Tom Baker, Keith Higgins and his brother-in-law Derek Hutchence, Jon Sherwin and Daniel Justin, are amongst the ten men who stayed on the job until the two semi trailers rolled out onto the Lucindale/Kingston Highway at 2:30 am on Sunday.

Member of the Avenue Range CFS also supplied fire drums and wood for the free camping area at the Great Southern Muster, earlier that week, which was orgnised by John Hensel and Jon Sherwin.

And if that wasn’t enough for the small community, Greg Ingham seemed to hit the spot light on the night also. Greg spent the evening on top of 15 foot high scaffolding, with the responsibility of holding the spot light on some of Australia’s most popular Country artists, Lee Kernaghan, Tanya Kernaghan and James Blundel.

“It was a pretty good spot to be in,” said Greg. “I had a good view, but really had to concentrate on what I was doing. I had an intercom head-set, and I could hear everything that was going on back- stage, and they gave me directions on what to do.”

The over-all effort is just more evidence that the community spirit at Avenue Range far outweighs its population.