The History of ‘The Pig’ of Avenue Range 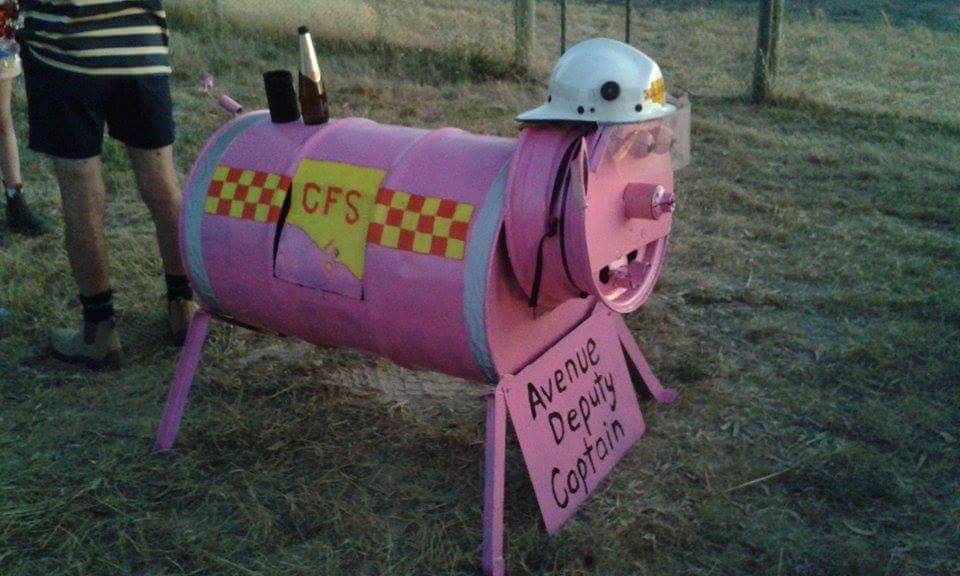 The History of ‘The Pig’ of Avenue Range

‘The Pig’ of Avenue Range has a rich and unassuming history.  Many outside the community are unaware of this much loved community mascot, or the friendly neighbourhood rivalry it brings to those living in the community.

Originally conceived by the Bainger Beef crew, it has become an iconic feature of Avenue community Christmas tradition. Some may be of the view that this was a generous philanthropic gesture (of which it certainly was) from the Bainger Beef team.  However, deeper investigation reveals it was likely a ploy to “move on” a piece of classic (perhaps unwanted) mailbox art from the end of the Skilly driveway.

Mailbox art has strong competition in Lucindale’s annual Field Days, whereby each year there is a battle to hold aloft the prize of winning mailbox creativity. Over a decade ago now, the creative Southall family—residing then at Skilly—fashioned a mailbox for this competition. Sources are unsure as to whether their mailbox was a prize-winning entry. Regardless, their mailbox was so enduring, some may even say endearing, that it is now deeply embedded in the fabric of Avenue Range’s cultural heritage.

Around the same time as Bainger Beef were wanting to relocate the mailbox, Aunt Hilda’s Cottage came alight each year with a magnificent Christmas light installation. Headed up by chief lighting expert, Trevor Pomery, the cottage garden and roadside expanse was transformed into a wonderland over the Christmas period, attracting sightseers from afar (see The Avenue Ranger, 5th Edition, December 2002 for the full story).  The community thought long and hard how to acknowledge the efforts, creativity and generosity of the Pomery family, and an idea was hatched.  ‘The Pig’ tradition had begun.

In 2009, behind closed shed doors, a transformation took place.  No longer stood a mailbox pig, but a statue worthy of great renown. That year when the Avenue Range community gathered to celebrate Christmas cheer, unbeknown to many, a reveal was about to take place. Under a cloak of tattered sheet lay a masterpiece ready for expansive display.

Revealed it was; a pig with antlers reminiscent of a reindeer gleefully sipping on a bottle of DiGorgio’s finest. Gasps emanated from the crowd as they admired the creativity of this delightful piece. A tradition was born. ‘The Pig’ of Avenue Range was alive and ready to thread community spirit across the range and plains of Avenue.

From here the rules were set. Locals were encouraged to spread the Christmas spirit across the community. Sprucing up gates and driveways. No post to be left unglittered or unlit. The community would vote in the winner by their enthusiastic cheers at the local Christmas gathering. The annual winner would get to take home ‘The Pig’ which would take pride of place at their driveway gate for the ensuing year. There is a catch, however.  You can’t win twice. Those with an element of Grinch or who need to “try harder” are not spared—they are equally eligible for the glory of ‘The Pig’ . (A lesson learned by those residing at Holmwood.)  No one is safe from the joy it brings.

The second requirement is that the lucky winners are to spruce up ‘The Pig’ for next year’s winner.  They are to use as much creativity, hot glue, paint…and in later years…welding, as their creativity can muster. The refashioned pig is revealed at the next Christmas gathering. This is repeated annually.

The creativity amongst the community is strong with 11 projects since 2009 gracing local driveways celebrating our unique community spirit. The level of design, ingenuity, engineering and creative competitiveness has grown exponentially over the years and the bar has been set high – particularly following the artistic skill of the Oliver family who introduced the minion creation in 2016.

Currently, ‘The Pig’ is masquerading as a Red Baron look-alike (resplendent with its own call sign VH-AR123) and sits proudly at the front of the Reynolds’ family home in the heart of Avenue Range’s town centre.

Who knows what the ensuing years will bring? What is clear is the joy, anticipation and community connection this humble icon brings to the people of Avenue Range.  May the quirky tradition of ‘The Pig’ of Avenue Range continue for many years to come.

If you have photos of ‘The Pig’ from missing years, or a photo of ‘The Pig’ in its original mailbox form, please send them to us here. 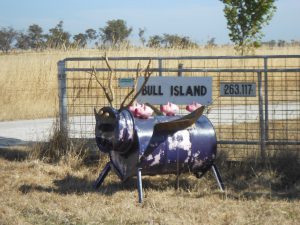 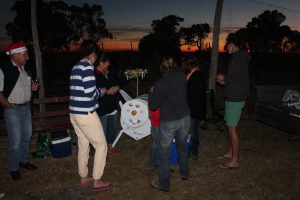 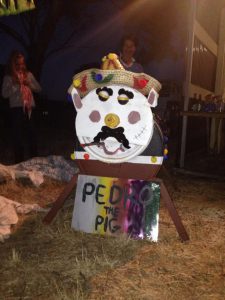 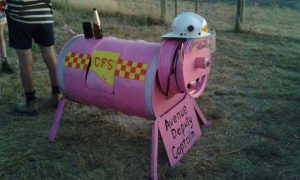 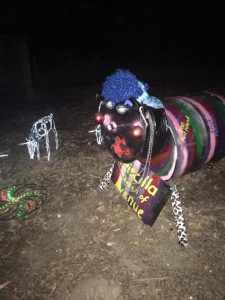 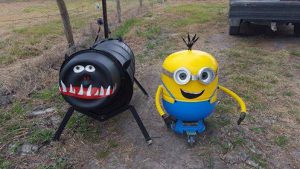 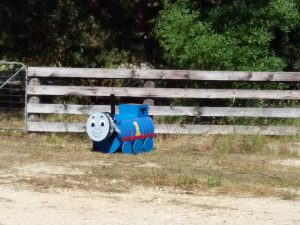 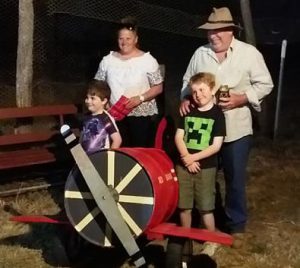 2019 – The Red Baron Pig was created by Holmwood and awarded to the Reynolds.

Sources:  You can see more pictures on the Avenue Range Community Facebook page