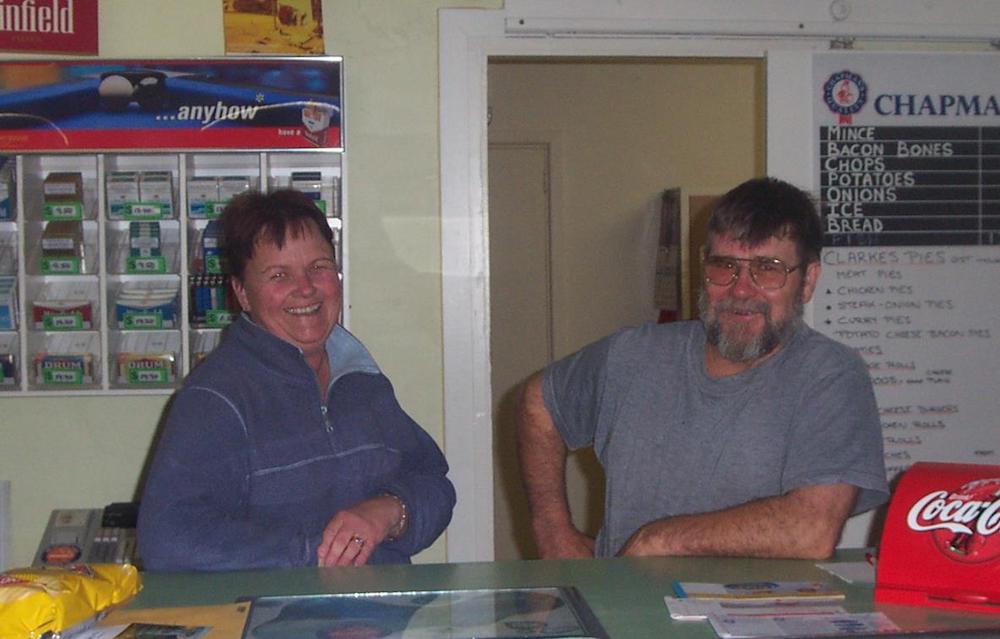 Changing of the Guards at the Avenue Store

After nine and a half years, the Avenue Store is about to change hands.

Current proprietors, Viv and Mark Gould, have confirmed the sale of the store to Vanda Wiltshire, of Adelaide.

The Avenue Store was built in 1954, by Brian Woods, for his brother Norm Woods.

Since the original opening of the building in 1955, there have been eight owners, including Norman and Deidre Woods, the Bengier’s, Norm and Wilma Whitbread, Tony and Joan Lloyd, the Morley’s, Stefan and Andrea Kurray, Nancy Smith, and Viv and Mark Gould.

Viv and Mark purchased the store in 1993, when they made the ultimate life-style decision to ‘shift camp’ from Lucindale to Avenue Range.

Viv originally came to the South East from Adelaide, when she married Mark in 1974, and settled in Lucindale.  She had a professional back ground in the insurance industry, which she put aside to relocate to Lucindale, and subsequently raise their 3 children, Kym, Daniel and Josh.

Mark is the 8th of 11 children in the Gould family, and was raised on the family farming property at Greenways.  Mark moved to Adelaide in 1969 to play football for the Norwood Football Club. While in Adelaide, he also worked for the Live Sheep Export industry, shearing and loading sheep at the wharfs.

Upon Mark and Viv’s arrival in Lucindale, they worked for several years on a farming property called ‘Lantana’, on the Fairview Road. Mark then started his full-time shearing career in 1975 – a career which has spanned almost 28 long years.

“During this period, I spent my time raising the kids mainly on my own”, said Viv.

Viv and Mark plan to hand over the operations of the store in December this year, to new owner, Vanda Wiltshire.

“We have already purchased a house in Kingston and are currently in the throes of renovations. We will move to Kingston mid-2003, and finally, semi-retire!” says Viv.